When we think of the elevator, we usually refer to the entrance and the 30-square-foot enclosure that is also known as the “cabin” or “cab.” Let’s take a closer look at the nuances of its structure and interior requirements.

When talking about modernization, we should mention the oldest type of cabins – the traditional wood-core cab. This wall construction was composed of ply-wood, and later fire-retardant particle board or MDF substrates.

In the modernization market, however, the wood-core cab has distinct disadvantages. Modernization jobs, in this case, mandate the installation of all cab components by bringing them into shafts ways through already-existing door or entrance openings. In such situations, it is often impossible to bring a one-piece, five-foot by eight-foot wood-core wall through the typical three-foot by seven-foot door opening. The installation of the traditional wood-core cab frequently requires the opening up (knocking down) of corridor walls.

While the steel-shell approach solved fundamental assembly problems, other issues emerged. Plain steel cars appeared very industrial, at best a freight car, and worst like the inside of a refrigerator. To solve the issue, landlords needed to spend additional money on decorative panels.

The most recent development in steel-shell design has been the introduction of the laminated steel-shell car, fabricated by applying plastic laminates, wood veneers, or metallic skins directly to the steel wall panels. This type of cab found its first market in the more humid or tropical regions where the site conditions demand durability and moist-resistance with a great look at the same time.

No matter what type of enclosure is in your elevator, safety comes first. There is one main harmonized document that regulates safety requirements for cabs called “The Code.” It is ASME A17.1 in the USA and CSA B44 in Canada. The code makes specific requirements to address issues of fire resistance, structural integrity, and electric shock in the elevator cab. The American Society of Mechanical Engineers (ASME) reviews the standards regularly. The Code has been last revised in 2019 implementing some changes to door requirements, seismic requirements, etc.

To ensure the safety of the public, cab design should be concentrated on a durable, safe, and easy installation of individual components. To address the issue of safety, decorative wall and ceiling panels can be interlocked to eliminate many nuts, bolts, and fasteners. So the less joining materials are used in the cab interior, the better.

Weight limits in elevators are usually calculated based on different factors. Firstly, the weight of the elevator itself matters. The more robust the elevator, the more it can hold, but only to an extent. A very heavy cab, for example, lined with granite, can usually carry less since it weighs so much when it is empty. That is why it is so important to use new materials in cabin surfaces that weigh less, to retain as much of the design carrying capacity as possible. 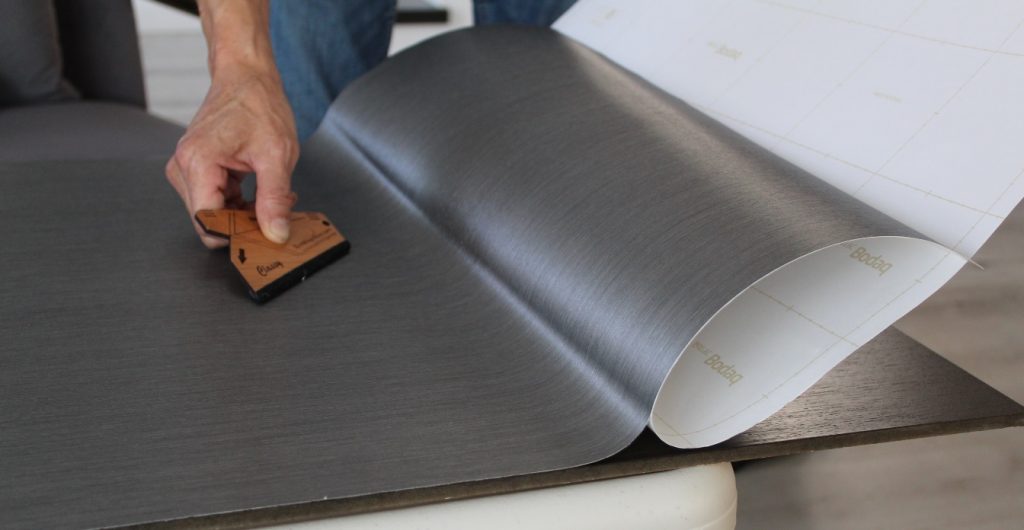 Bodaq Interior Film makes elevator cab remodeling easy. In the case of using architectural film, you do not need to change panels that line up the cab enclosure. Bodaq covers all issues that could come up during elevator cab upgrades.

When it comes to the cabin aesthetics, signs of wear and damage are the greatest contributors to a poor appearance.  Architectural film provides hundreds of options to renew the cabin. For instance, ceiling panels, whether it is a frame, modular downlight, or island downlight style, need to be secured with bolts. With Bodaq, you can cover the existing ceiling panel without any screwing or drilling.

To minimize the weight of the cabin, and maximize the design aesthetics of the cabin, use Bodaq interior film. It is lightweight fire-retardant self-adhesive refinishing material that allows for an elevator cab upgrade without the need to remove and  reinstall wall and ceiling panels. Because Bodaq is a vinyl wrap that is thin and durable, it has a minimal impact on the overall weight of the elevator and provides lasting protection from scratches and daily use.

Additionally, Bodaq interior film installation is a fast, quiet, and easy process that does not require any demolition or business closure. The film application is also performed without generating dust or dirt. At the end of the film application, there is no waste, except the film’s backing paper.

So if you are looking for the way to bring back to life your outdated elevator cabin interior, Bodaq Interior Film is the best choice. 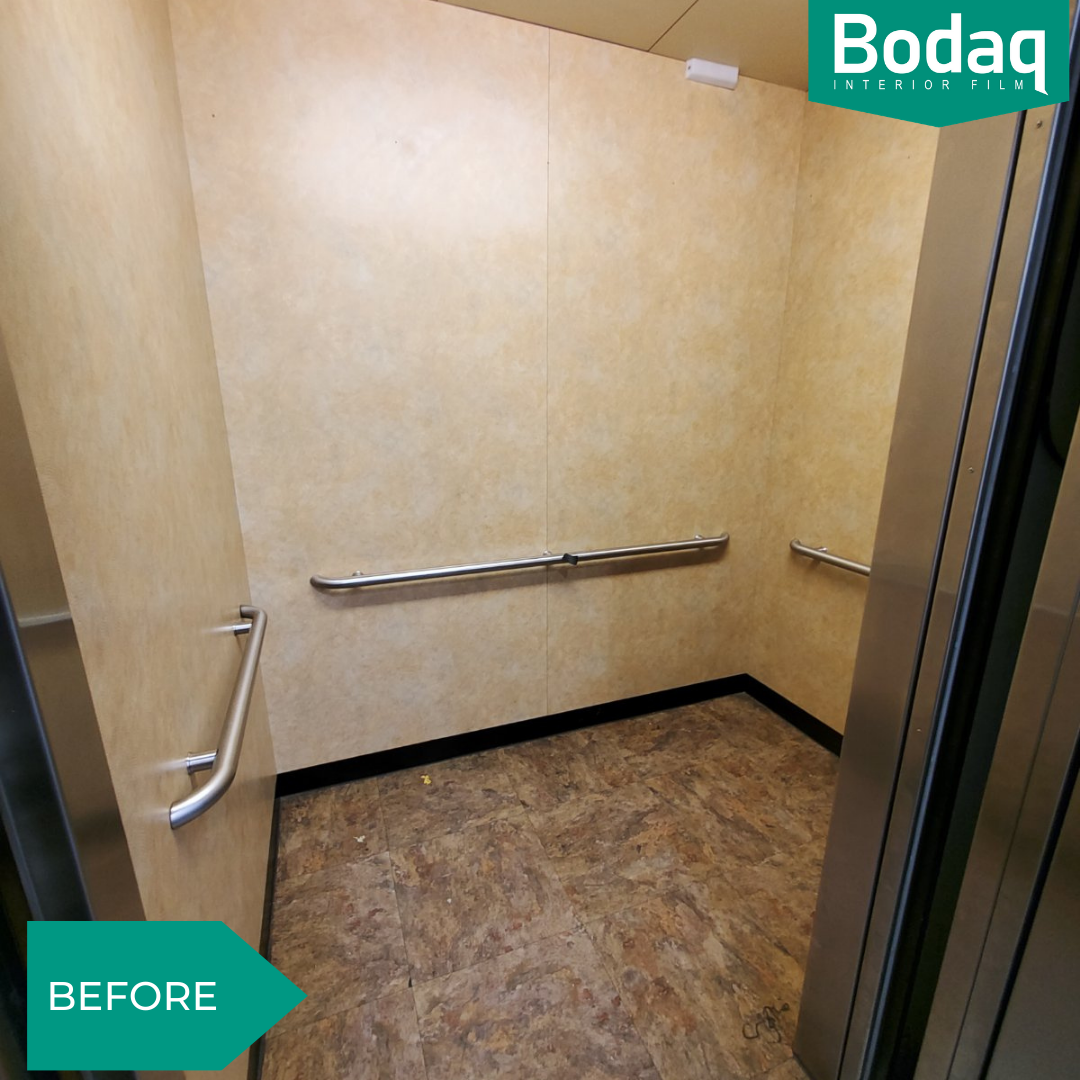 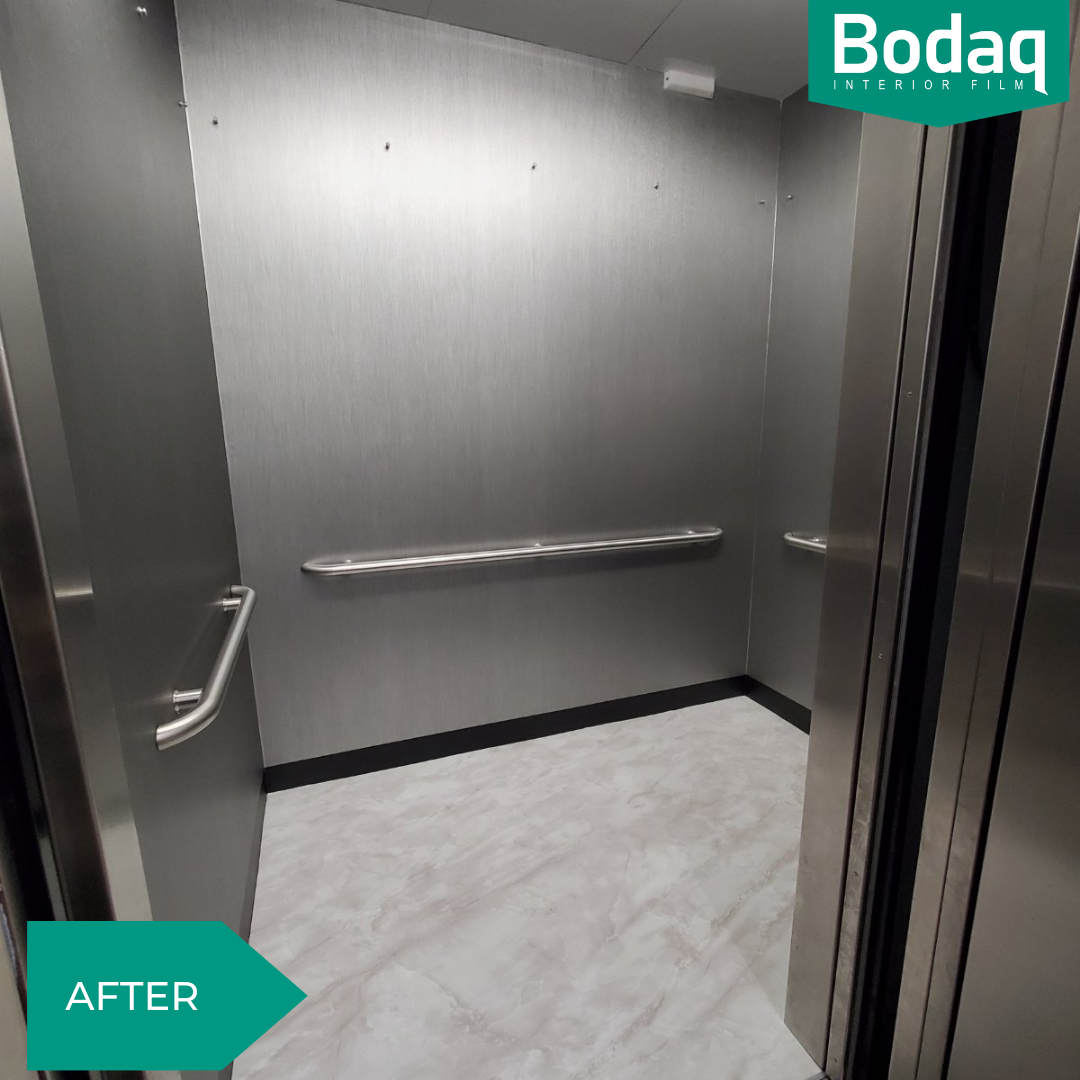 In the After photo, RM005 Silver Metal interior film pattern from the Real Metal Collection.

CECA members may post their news and photos to this blog. Your post will appear once it has been approved by our administrator.

Note: if you are a new member, the administrator must first give you permission to blog.